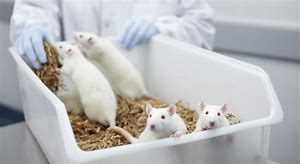 Animal Testing Secrets That No One Else Knows About

I have visited quite a few facilities where animal testing was running. I would say that I’m always impressed with the care about the animals themselves. Remember that these tests are usually following a very rigorous protocol and a sad animal can’t be included in the tested population.

Without animal testing, many of the live saving drugs we can have today wouldn’t be possible. It can be discussed why should we expose animals to these procedures, but if we don’t many humans will die, either from the novel treatment itself or by the lack of solutions.